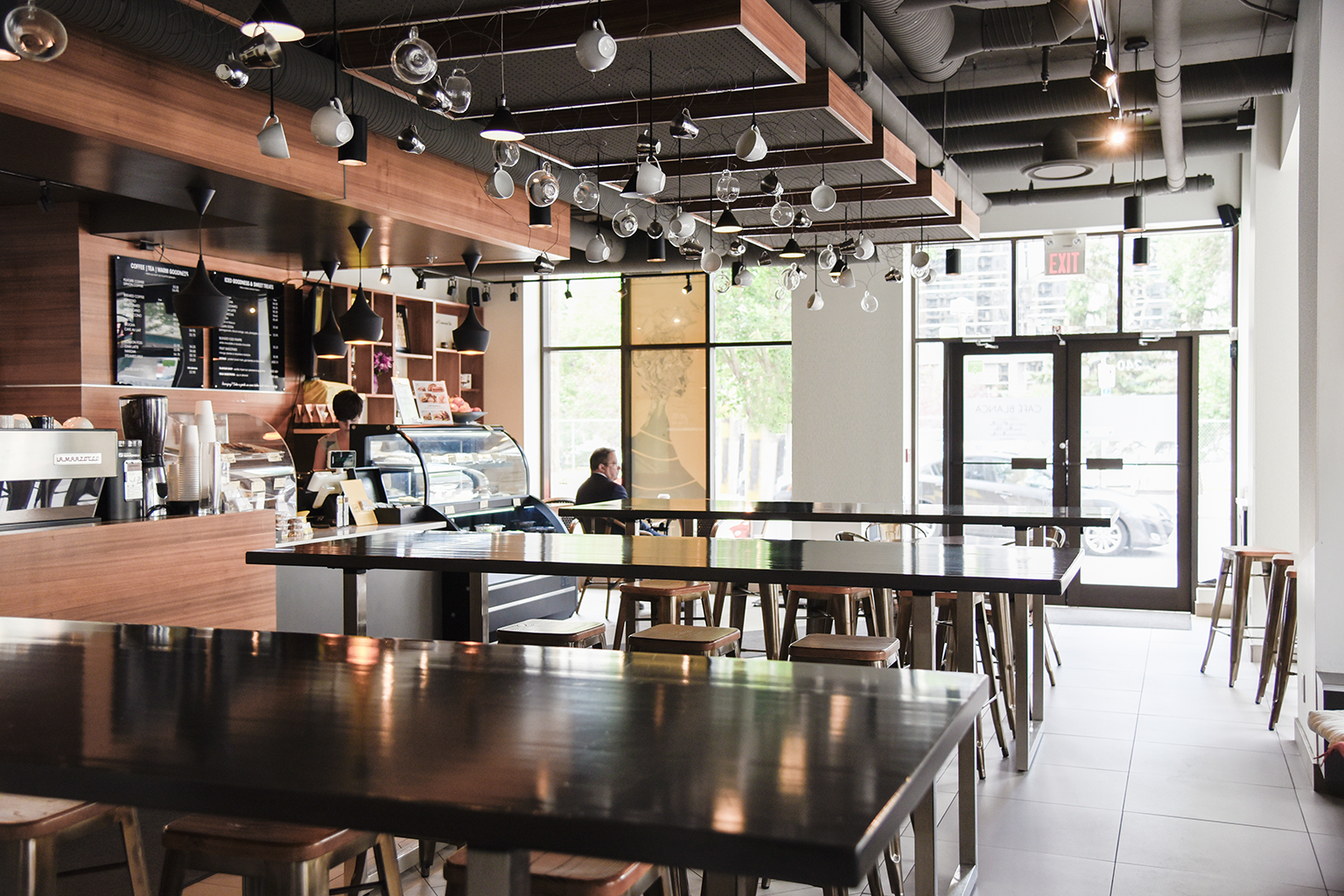 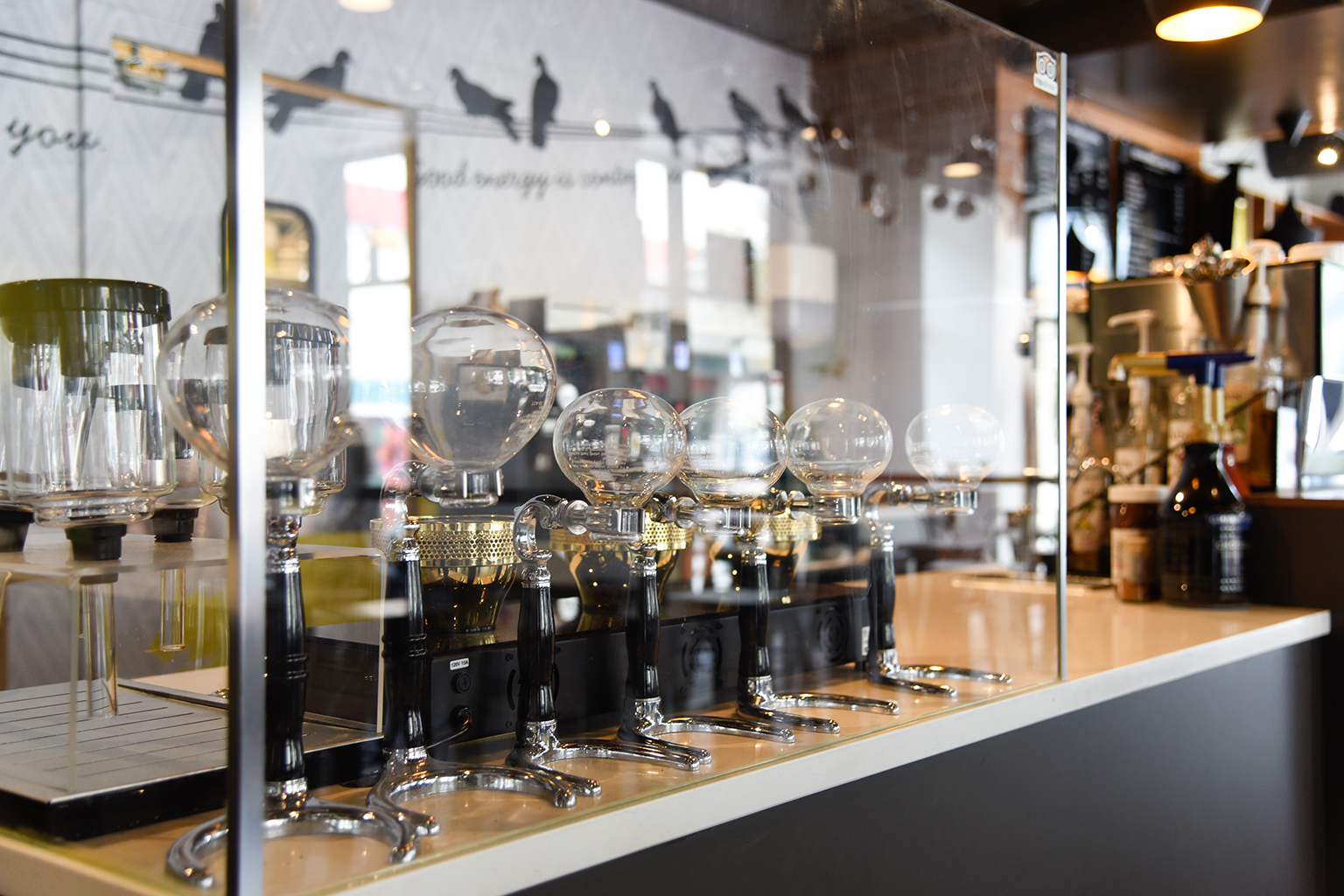 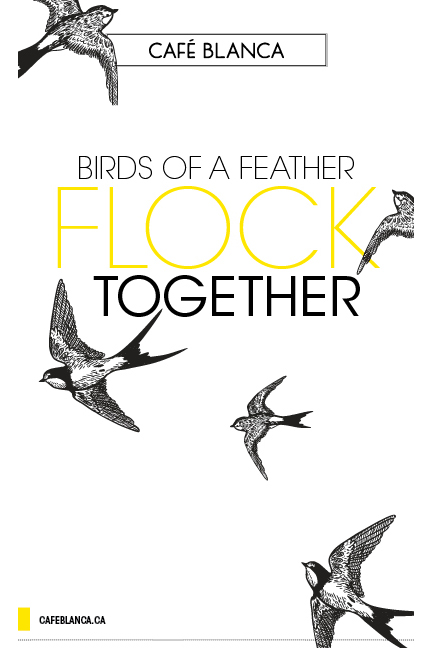 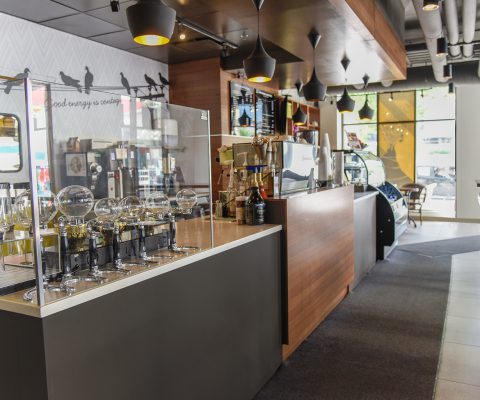 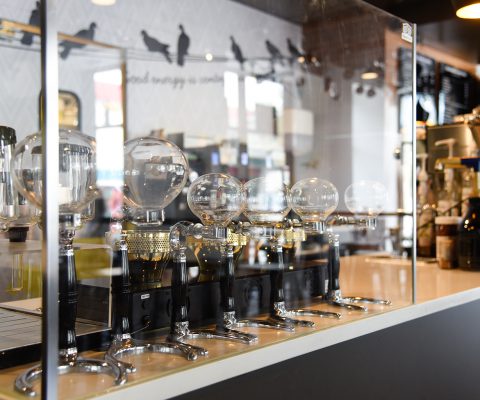 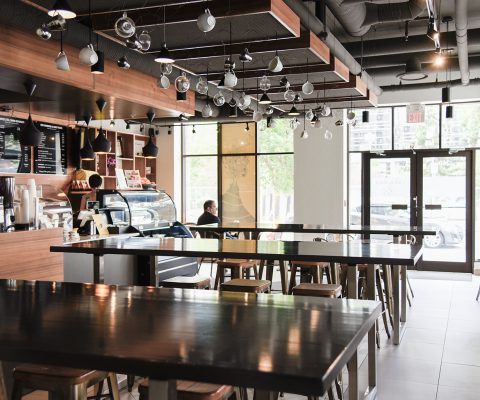 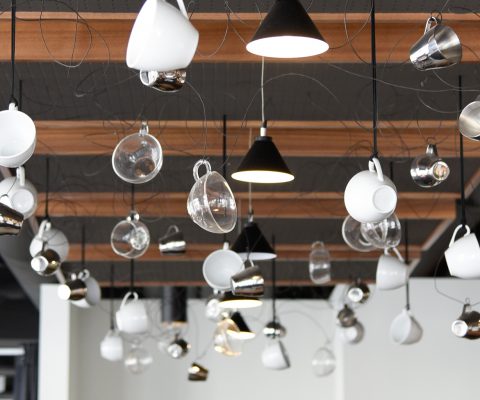 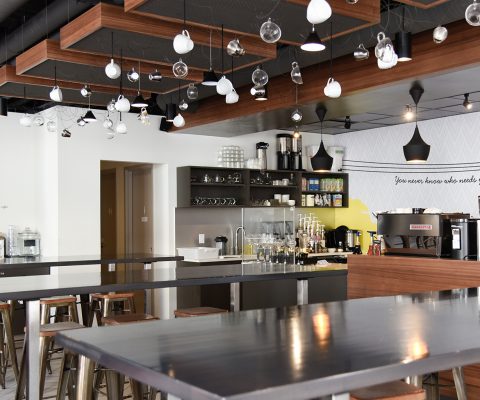 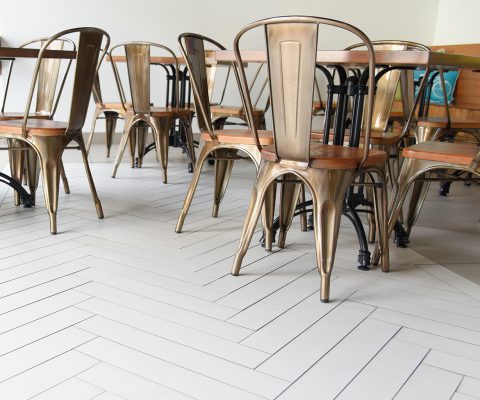 The owners of Cafe Blanca, an independent coffee shop in the Eau Claire area of Calgary, wanted to create a space that would become a gathering spot for local artists, designers and musicians. The cafe is zoned into 3 areas: central high seating area, a low casual area with cushions and benches for longer stays and a more private room for those who wanted space to work or host a private function.

The casual seating area converts into a stage for bands and other performances by a series of hinged millwork pieces that can be moved to cater to the performers and audience. A hand-made coffee cup sculpture is suspended prominently in the heart of the cafe adding whimsy and also sound absorption to combat the open-ceiling.

The main coffee counter features the production of Cafe Blanca’s signature offering: siphon-brewed coffee. They are the only cafe in the city to offer this alongside freshly made in-house meals and pastries.

All wall graphics, signage and menus were designed by Gritt Media and cafe aprons and coffee cup sculpture were designed and fabricated by Studio Presber. 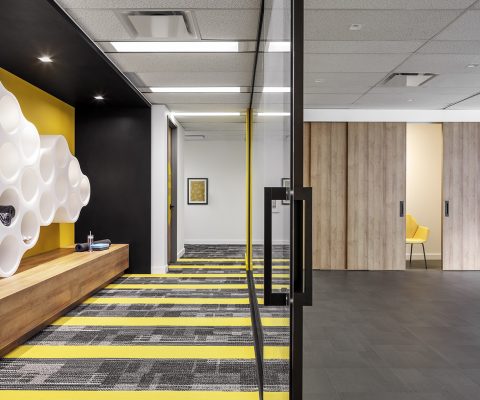 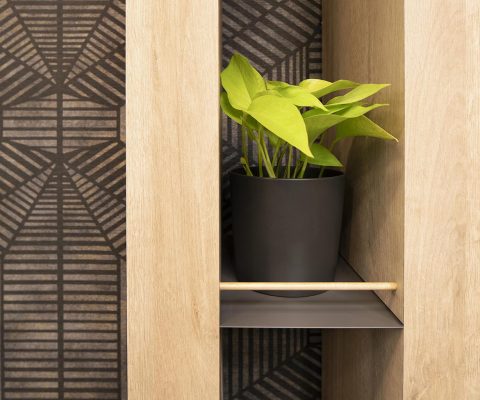 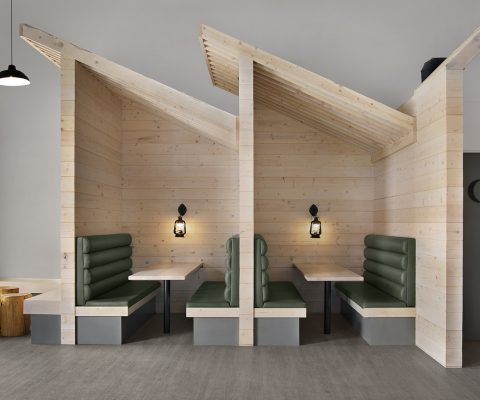 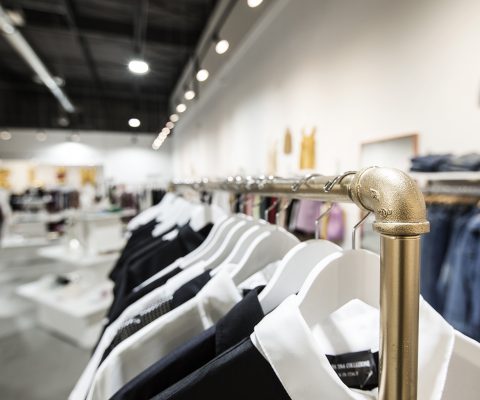 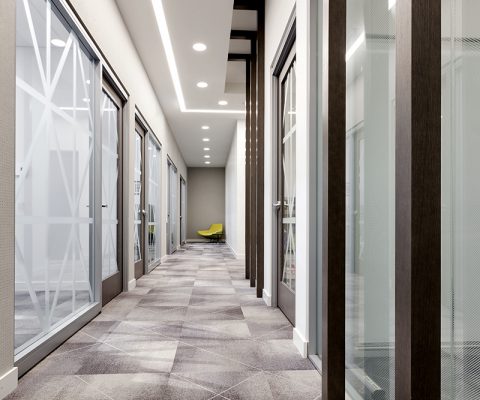 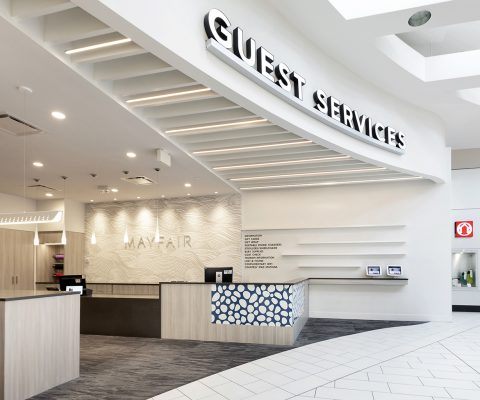 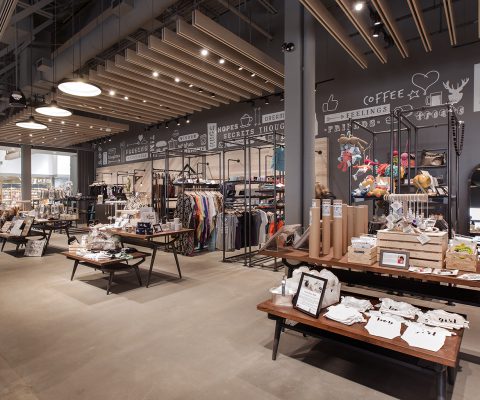 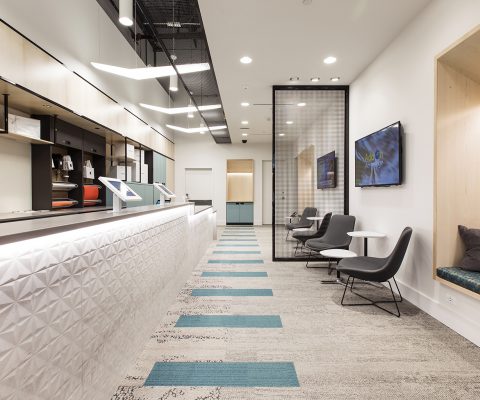 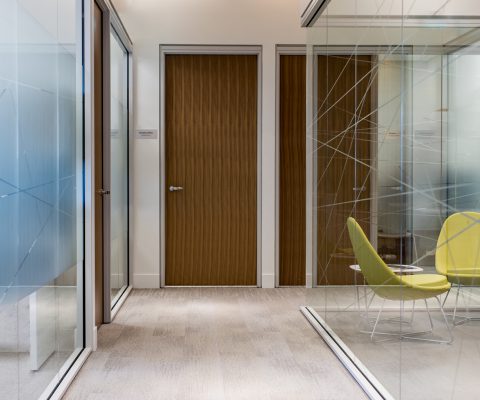 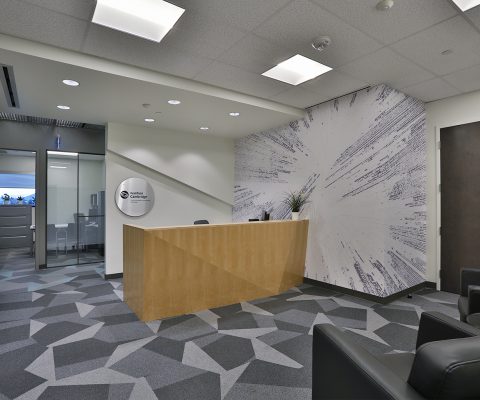 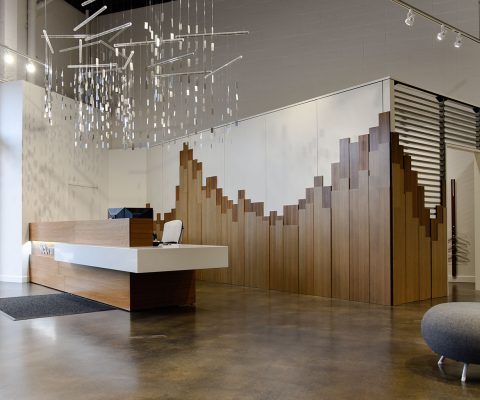 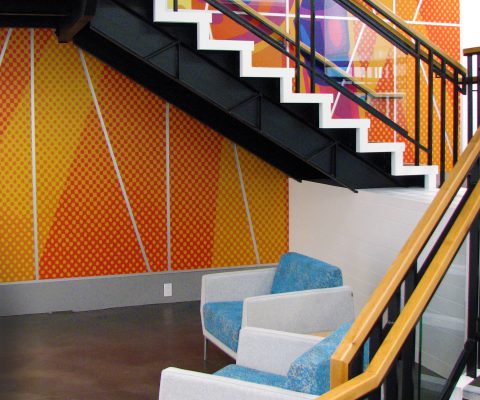 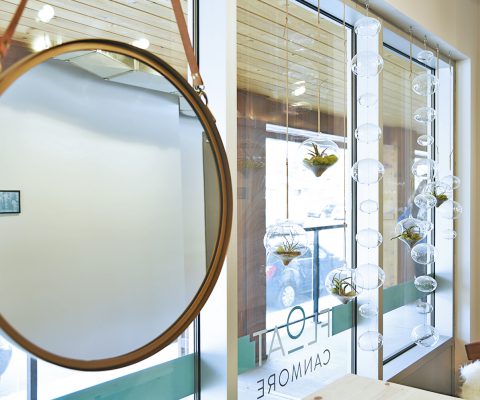